Amersfoort is literally on the edge of  ‘de Randstad’ (conglomerate of largest cities in The Netherlands): true innovation comes from the edge according to science of complexity.

According to the new sciences, it is particularly effective to make a true connection between identity and behavior. To align ‘within’ to what you see on the outside. Then both individuals and communities are congruent, credible, real. Each region and city has its own unique flavour. The strength of a city is visible and tangible in its identity and appearance: each city has its own unique culture and atmosphere.

In Amersfoort’s almost 1000 year existence, two things are striking: freedom and openness. Characteristic is the centuries-old presence of (fledged) Jews who brought entrepreneurship and remarkable is the wealth of the tobacco trade in the 18th and 19th centuries. After the Second World War, many immigrants came to Amersfoort, they and the subsequent generations brought an entrepreneurial mindset from North African and West Asian regions. 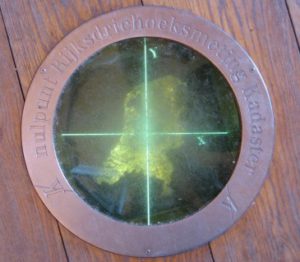 Amersfoort therefore has a high, well-established ‘cultural creatives’ minority, far above the national average. Well-being is important to this group.
The culture-historical Old Town, the award winning new developments in the North and the surrounding green woodlands, make Amersfoort very attractive to live and work.
This is in line with our identity; giving it a non-transferable characteristic.

The strength of Amersfoort is the power of cooperation and connection. That’s why Amersfoort is also called a ‘Center of the Network Economy’. The various Amersfoort networks attract professionals who recognize that sharing of knowledge and experience can bring about faster changes.
Read more why Amersfoort is truly aligned with the WaveRiders